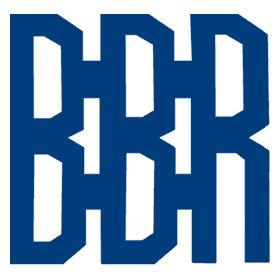 With over 75 years of continuous leading-edge development in the field of post-tensioning, stay cables and related construction engineering, the BBR Network today continues the innovative traditions of its founders.

The BBR story began during the Second World War, when materials were in short supply – the import of steel was difficult and, with reduced energy availability, cement was a precious commodity. Determined to use their ingenuity to overcome these limitations, the three BBR founders explored the savings to be made by using pretensioned reinforcement for concrete beams and lintels. With their invention and patenting of the BBRV cold formed button headed anchorage in 1948, the door to many more technological advances at BBR was opened.

Extending the range of technology

During the 1950s and 1960s, BBR developed a complete range of prestressing and post-tensioning systems, ground anchors and stay cable anchorages, covering all structural engineering applications. Since then, BBR technology has been continually updated to satisfy market needs – including the creation of the whole new range of BBR VT CMX post-tensioning technology to meet and exceed European approval standards, followed shortly afterwards by the introduction of the world-leading BBR HiAm CONA strand stay cable system. Development of new and refinement of existing BBR technologies ensures that the BBR Network can help achieve their customers’ productivity and sustainability objectives.

Birth of the BBR Network

From the very early days, construction engineering firms around the world were keen to participate in the success of BBR’s designs and technologies. It was recognized that not only a license to use the designs and sell the specialist equipment was necessary, but also that an effective process for knowledge transfer was needed to support best practice in the use and especially installation of BBR technologies. Thus the BBR Network was born and, today, it operates in over 50 countries.

Reaching out around the world

From the very early days, construction engineering firms around the world were keen to participate in the success of BBR’s designs and technologies. Relationships were formed with leading architectural and engineering consultancy practices around the globe, many of which still continue today alongside newer connections with younger firms. The BBR founders were key participants in various international organizations formed to promote the use of prestressed concrete. Today, the BBR team continues those dialogues within which the focus is now on extending applications for new uses and sharing latest best practice.

The progressive development of BBR entered a new phase in 1996 when the family business was passed onto founder Antonio Brandestini’s son-in-law, the successful entrepreneur and multi-industrialist Bruno Valsangiacomo. His strategy was to consolidate the shareholders and tactically re-energise the use of the BBR technology by forming wholly-owned operational companies such as BBR Singapore with its subsidiaries in Asia, as well as businesses in New Zealand and emerging Central Europe. He appointed Fritz Speck and Pietro Brenni who focused on expanding the BBR brand globally.

With the appointment of Marcel Poser as CEO in 2006, the interests of subsidiaries and licensees were aligned through the creation of the BBR Network - the world’s first engineering franchise of its kind. The launch of this ground-breaking new business model was combined with the roll-out of a completely new range of BBR technologies and pioneering digital workflow software solutions such as BBR E-Trace. BBR E-Trace is a purely web- and cloud-based solution allowing franchisees to source all their components online and have access to fully digital and paperless quality assurance processes from raw material to installation on site and a knowledge database. During this period, the BBR Network expanded its reach to over 50 countries.

Today, operational leadership of BBR is provided by talented, home-grown executives who continue to drive the company forward through the expansion of the BBR Network and their commitment to state-of-the-art value creation for all stakeholders.